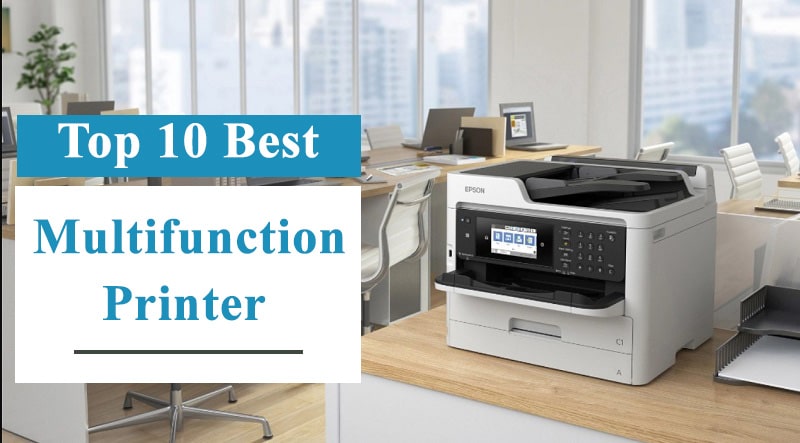 Printers are probably one of the most necessary pieces of office equipment in existence.

Just like computers and other devices are always changing, so too are printers.

You used to need a different machine to print, scan, copy, and perform other functions when it comes to producing hard copies of documents.

These days have long been over, and they are decisively over now that multifunction printers have become available.

The overall function of these printers seems obvious: They have multiple functions.

However, not all of these multifunction printers are the same, and the best way that you can invest in a printer is to make sure that you have the right one in your possession.

The following multifunction printers are among the best investments you can make in your home office or any establishment that utilizes printers. 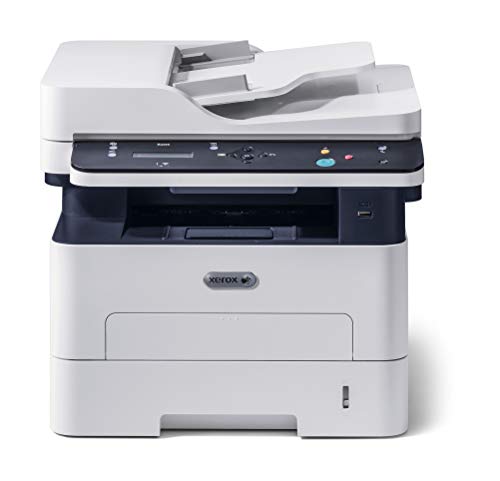 As the world becomes more and more wireless and more and more connected, the demand to be able to perform printer functions wirelessly and securely has also increased. Most multifunction printers are stuck in the past when it comes to this, and it is one of the biggest issues that they face.

Xerox has solved these issues with their multifunction printer. It is able to perform any documentation functions from nearly any Cloud storage and it also contains dozens of secure protocols that ensure that your documents do not fall into the wrong hands when you print. This makes Xerox’s multifunction printer perfect for public places that use printers, such as libraries.

The only thing you’ll need to watch for with Xerox’s printer is that it has a less than impressive sheet capacity. With a capacity of only 250 pages, there are other multifunction printers that have better capacities. 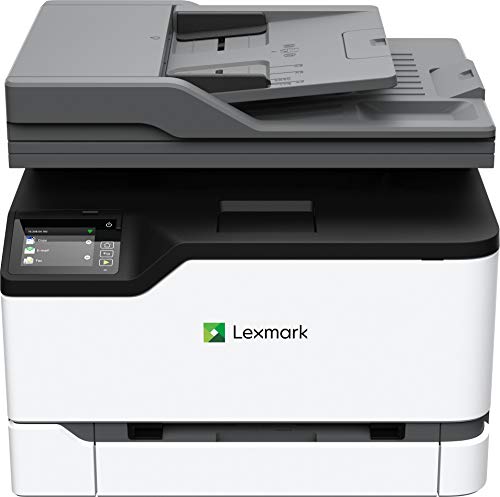 The ability to print quickly as well as be able to perform wireless printing is at a premium for most multifunction printers. Unfortunately, most of them can only do one or the other, but never both. Dealing with this is very frustrating when you need a multifunction printer that can do both things.

Lexmark has finally created a printer that not only has an impressive output, but is also capable of printing from almost any wireless source. You can use Lexmark’s own app or you can print from your Morea, Air Print, or Google Drive cloud storage. All of this is done completely securely as well.

The output of Lexmark’s multifunction printer is very impressive. Being able to print 26 pages per minute, wait times will be a thing of the past. It is perfect for establishments that demand such an output.

Lexmark’s multifunction printer is massive. You will need to clear up a lot of space in order for it to do what it needs to do properly without crowding everything else around it. This is the one thing that you’ll need to watch for. 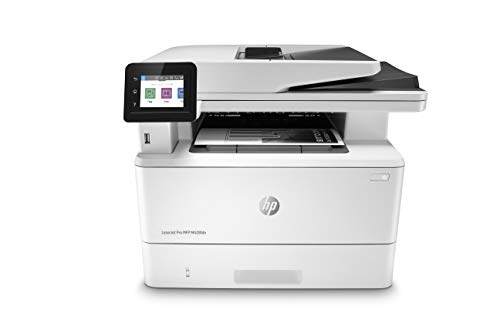 HP has solved this with its multifunction printer. Not only is it capable of wireless printing, it is also capable with Alexa. Finally, you’ll have a printer that will literally do what you tell it to do. This takes wireless printing to an entirely different level.

HP’s multifunction printer would be perfect if it had just a little more capacity. Its 250 page capacity is an industry standard, but given its output, you’ll be refilling pages very quickly. 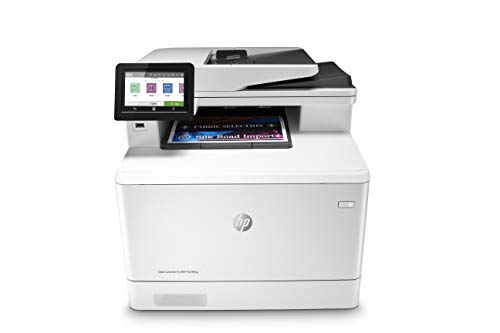 One thing that sets the majority of wireless printers back is that most of them require a local network connection to connect properly to print. As common as this is, this is problematic. You’ll have no options if you experience issues with your local connection.

This issue is solved with HP’s multifunction printer. You’ll be able to use it to print wirelessly with or without a network. You can do this by tethering your smartphone to it, allowing you to use the data from your smartphone to perform its functions. In some cases, this is even preferable to using the local connection. You have plenty of wireless printing options with HP’s multifunction printer and this is one of the best things about it.

Another nice thing about HP’s multifunction printer is that it has a slightly better capacity than other printers like it. You’ll be surprised at how much longer its capacity of 300 pages can last you.

The only thing you may not like about HP’s multifunction printer is its size. Choose another printer if you do not have the space for it. 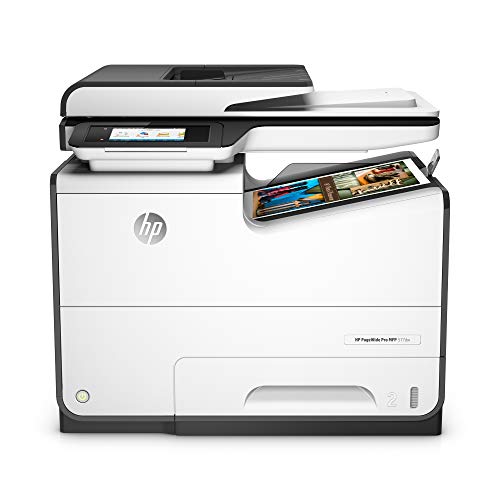 Although you can use HP’s multifunction printer wirelessly, you won’t be able to do so securely. You also won’t have too many options either, as many Cloud storage drives are not compatible with it. This is the only thing you’ll need to watch out for. 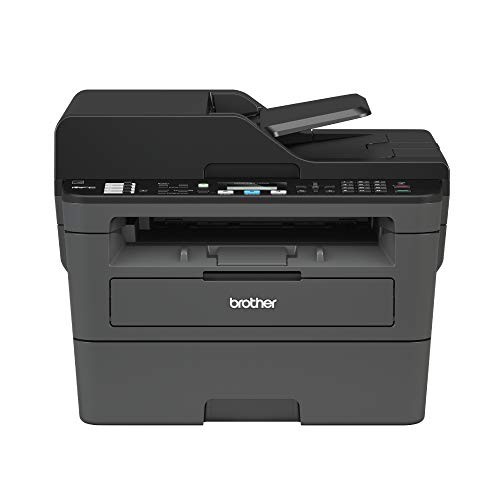 Most all-in-one printers take up far too much space than you probably want them to. In most cases, you’ll need to clear up space for them that you would much rather use for something else. This is easily one of the most frustrating issues with most multifunction printers.

Brother has created a multifunction printer that can do all of the things you would expect an all-in-one printer to perform, but does not take up the excess space that most other printers of its kind usually can take up. Taking the form of an upright design, you won’t need to worry about clearing up space to keep it somewhere.

Even though Brother’s all-in-one printer is very space-conscious, it doesn’t really go above and beyond in any other areas. It has wireless connectivity, but no security for the connectivity at all. It can print 32 pages per minute, but this is slowly becoming an industry standard for printers which makes it less than stellar. 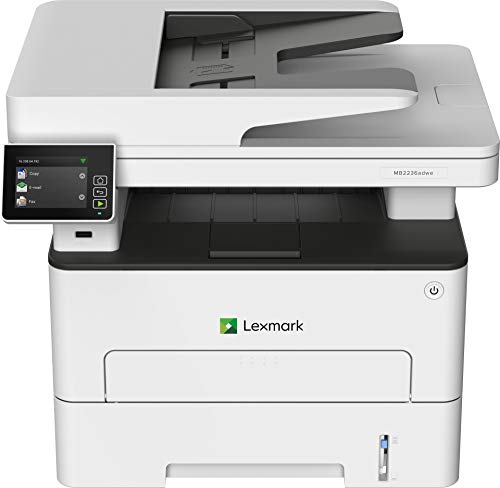 Most multifunction printers place an almost one-sided emphasis on printing when it comes to output. While they can perform other functions, they usually do not go beyond what is expected of them when it comes to scanning, copying, or other such functions.

Sometimes direct printing is preferable to wireless printing, and in order to do this, you’ll need to connect your printer to a USB port or an ethernet cable. Most of these are inconveniently located in the back of most printers. Once insignificant but nice thing about Lexmark’s printer is that it’s USB port is located in the front of the printer, making direct connections much more convenient.

The well-rounded output of Lexmark’s monochrome printer demands a large capacity. Unfortunately, Lexmark’s multifunction printer only has the industry standard of 250 pages. This is something about it that can be improved. 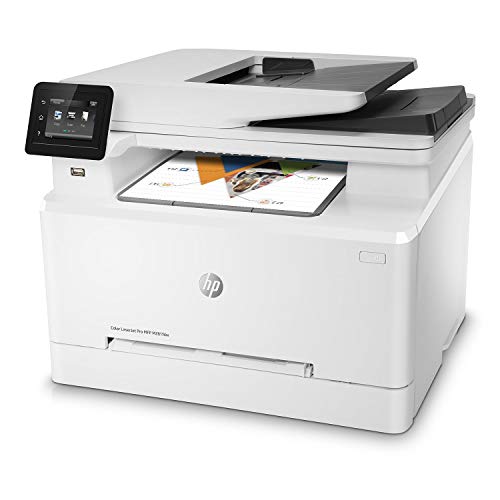 One of the best things about HP’s all-in-one printer is that it uses HP’s original toner. This effectively makes it an upgrade of sorts from other single-purpose HP printers and this eliminates the need for having particular toner for this particular printer. It makes things so much more convenient for anybody who wants the convenience of an multifunction printer but who also wants to use the toner that they are accustomed to. 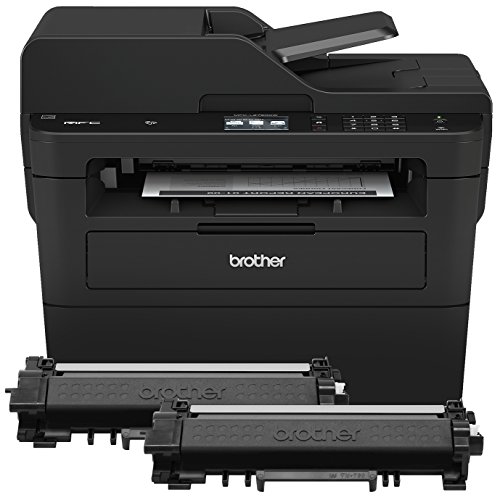 Multifunction and all-in-one printers are very useful. However, refilling their toner and ink is not an easy thing to do. The painful task of needing to do this by determining what kind of toner and ink is necessary then going out of your way to acquire this is one of the biggest reasons why anybody would be turned off by multifunction printers.

You will not need to be concerned about toner for 2 whole years when you have Brother’s monochrome printer. It comes with two different boxes of toner that enable it to print nearly 8000 pages before needing to be refilled. When you do need to refill it, have no worries; if you want it to, you can connect it to Amazon Dash, automatically ordering replacement toner.

You will need to make a lot of room for Brother’s multifunction printer. Being nearly 16 square inches in diameter, it will stand out and you will get in the way of everything. Look for something else if you do not have the room Brother’s all-in-one printer. 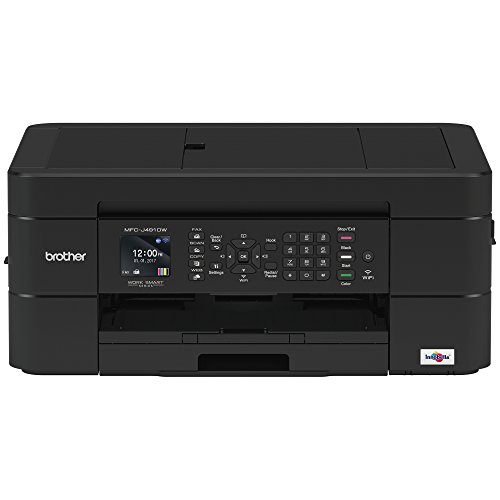 Most multifunction printers are massive machines that require you to make a lot of room for you to properly connect it. In most cases, you will need to isolate it because of how big they are and how many wires that it connects to. This is one thing that can turn some away from such printers.

This will not be a concern when you have Brother’s all-in-one printer. It has a design that lets you put it practically anywhere without it getting in the way of anything. You’ll appreciate it if you are looking for a multifunction printer but do not have the necessary space for it.

You will also not need to be concerned if you run out of ink when using Brother’s all-in-one printer, either. You can activate Amazon Dash Replenishment with it and it will not only measure the ink levels of your printer, it will also order more ink when you get low.

As essential as a multifunction printer is, it isn’t a good idea to buy the newest one sight unseen.

There are a few things that you should consider before buying one.

When you do this and possess the right multifunction printer for you, you’ll encounter a lot less frustration.

Do you need the multifunction printer for your home?

This is the first consideration and it might just be the most important.

You do not have many limitations if you are interested in a multifunction printer for your home.

Do you need the multifunction printer for an office or an establishment?

Multifunction printers that you might need for an office or an establishment might need to possess specializations.

This all depends on whether you need one for an office where paperwork is being done constantly or an establishment where the only thing you really need to do is print out the occasional email.

Consider specifications such as output and capacity when it comes to choosing a multifunction printer for your office or an establishment.

What kinds of printer functions will you be using the most?

This is somewhat related to the last consideration in that you should detect which kind of function your multifunction printer will be performing the most.

It is up to you to decide which of these functions you believe you will be using the most.

Do you have adequate room for your multifunction printer?

Multifunction printers do a lot of things, and the majority of them need to account for all the things they do by being very big.

While some multifunction printers are compact, the majority of them will require you to have space available for you to connect it properly this way it does everything you need it to do properly.

The multifunction printer is one of the most efficient and necessary machines that you could possibly own if you intend to do more than a fair share of paperwork.

The most important thing to know about these kinds of printers is that they are not all the same.

One of the best things you can do when selecting one of these printers is to determine what kind of paperwork you will be doing the most, then select a multifunction printer that specializes in the functions that you need the most.

When you do this, you will encounter far less complications that you might have originally encountered.

Remember that just because a printer has multiple functions does not mean that it is a master of none.

Printable Press is a participant in the Amazon Services LLC Associates Program, an affiliate advertising program designed to provide a means for sites to earn advertising fees by advertising & linking to Amazon properties. Simply as an Amazon Associate, we earn from qualifying purchases.